PS4 Fan Loud: How To Make The Noise Disappear & Fix The Issue

How To Make Your PS4 Fan Quieter Quickly & Easily

The PlayStation 4 has been a popular console for quite some time, with this being driven by a large number of high-quality games available for it. However, that hasn’t meant that the console itself hasn’t been without its flaws.

In contrast, there are a few of them that have affected a large number of PS4 owners for quite some time. One of the more common of these is the fan that’s built into the console, which can often become quite loud.

While this shouldn’t be the case right out of the box, it could become much louder over time. This doesn’t mean that you’ll have to tolerate a loud PS4 fan, however. Instead, there are a few things that you could do to make it quieter.

Though you might need to do some disassembly, depending on what the problem is, everything should be relatively straightforward. As such, there are a few steps to make your PS4 fan quieter.

What You’ll Need To Make Your PS4 Quiet

Naturally, the first step in making your PS4 fan quieter is to make sure you have everything you need to do so. While you might already have some of the materials needed, you could need to buy a few more.

What you’ll need to fix a loud PS4 fan will depend significantly on what the problem is. Given that the majority of issues are relatively common, there are a few recommended purchases that you should get. These are:

☛ T8; There’s a large chance that you’ll need to remove dust from inside your PlayStation 4. If you do, then you’ll need a T8 to unscrew the outside of the console before you can do so. This should be much easier than you might think.

☛ Canned Air; Once you’ve opened up your PlayStation 4, you might not be able to use the majority of dusting products, as they could damage the console. Instead, canned air can be much better-recommended.

☛ Dustproof & Waterproof Cover; If dust is the reason your PlayStation 4 fan is loud, then you’ll want to prevent as much of it from getting into the console as possible. Dustproof covers are recommended for this, although it’s worth getting one that’s waterproof, too.

☛ Pads; There are a variety of pads that you’ll be able to get for your PlayStation 4 that should help to improve its airflow. This should mean that there will be less dust build-up, which should make your PS4 fan quieter.

Chances are you’ll already have some of these. However, if you need to buy some of them, then it’s recommended you get them online. Doing so should mean that you’ll have to pay much less for them. While there might not be a significant difference in prices, this could add up if you have to buy all of them.

The only drawback of buying them online is that you’ll have to wait a few days before they arrive. However, this shouldn’t be as long as you might think.

Why Is Your PS4 Fan Loud? This is because the dust can get into your console quite easily, which will then have an impact on its performance. Usually, this will mean that your PS4 will get hot quite quickly, which will put its fan into overdrive.

Should this be the case, then it will create much more sound than it did before there was a build-up of dust. However, this is quite easy to fix, as long as you know what you’re doing.

How To Fix A Noisy PS4 Fan Without Opening It?

Naturally, you’ll want to make your PS4 fan quieter without having to open it up. If it’s dust that’s causing your PlayStation 4 fan to be loud, then you might be able to fix it quite quickly without having to take it apart.

The most obvious way to do so is by using a vacuum cleaner. As useful as this could be at removing dust from your PS4, it often might not be the most recommended option. This is because the fast-flowing air could move or damage some of the more sensitive internal parts of the console.

This should mean that you might be better off considering physically cleaning your PS4, which we’ll get to shortly. However, if you do decide to use a vacuum cleaner, then it’s recommended that you have it at a low setting to make sure that you don’t damage anything.

How To Fix Your PS4 Fan Quickly

Using a vacuum cleaner may prove to be a temporary fix. As a result, you could find yourself needing to clean it again relatively soon. This should mean that alternative options may be much better-recommended.

You could also try moving your console to a different area in your room, preferably one that’s well ventilated. This should mean that your PS4 shouldn’t get too hot, which will reduce the need for the fan to spin as much as it used to.

This should mean that it will be much quieter. You should also consider standing your PlayStation 4 vertically, which could have an impact on the heat and noise that’s generated. Naturally, you’ll also need to make sure that nothing is blocking the airflow in and out of the console. 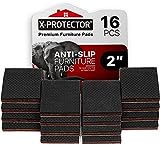 While there could be a variety of things that affect how loud your PS4 fan is, by using each of the above steps, you should be able to reduce the noise considerably. If this doesn’t work, then you might need to disassemble your PS4 to clean the inside of it.

How To Disassemble Your PS4

Naturally, if your PS4 fan is still quite loud after you’ve tried all of the above, it’s time to take apart the console and give the inside a clean. Before you start, however, you should be aware that disassembling a console will void the warranty. This should be something that you might want to consider before taking this step.

However, if your PS4 is more than a year old, then there’s a significant chance that it’s already out of warranty. If so, then you’ve got nothing to lose and can start taking it apart. The first step to doing so is to take out the screws, which can be found at the back under the warranty sticker. These should be quite easy to remove with a T8. 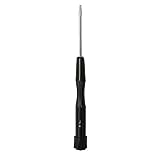 Once you have each of the screws taken out, you should remove the bottom half of the console, although you’ll need to be quite careful when doing so. You should see vents on the part of the console that you’ve removed.

You’ll need to give these a dusting. However, before you put the PlayStation 4 back together, it’s worth giving it a cleaning. While it might not need this, it’s highly recommended, as it means that you shouldn’t have to do it in the future.

How To Clean A PS4 Fan

As we mentioned above, using a vacuum cleaner to clean your PlayStation 4 might not be well recommended. Alongside this, a variety of cleaning products might end up damaging the console. However, this doesn’t mean that there aren’t a few ways that you’ll be able to clean it.

One of the more effective of these is canned air, with an air compressor being just as recommended. These can be quite helpful in removing any dust and dirt from the console, which should have an impact on how loud your PS4 fan is. 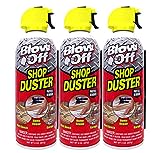 If you’re taking advantage of this option, however, you should make sure that you avoid blowing air into the disc drive. Doing so could damage it, which will then make your PlayStation 4 useless.

Alongside this, when you’re using canned air, you should make sure that you hold it upright. Using it any other way could cause it to leak liquid, which you shouldn’t want to get inside the PS4.

Once you’ve done each of the above, you should be able to put your console back together. This should then make your PS4 fan much quieter.

How To Keep Your PS4 Safe From Dust

After all of that effort, you’ll naturally want to make sure that no more dust gets into your PlayStation 4. While moving your console to a well-ventilated area will help, as mentioned, there are a few other things that you can take advantage of.

One of the more notable of these is dustproof covers. These are quite effective at keeping the majority of dirt and dust out while also making sure that the console has an adequate amount of airflow. When you’re choosing this option, it’s also recommended that you pick once that’s waterproof.

By using one of these on your PlayStation 4, you should have a significant amount of protection for the console. This should then mean that you shouldn’t have to clean it again for quite a while.

As time-consuming as some of the above steps might be, they’re much more straightforward than you might have thought. Alongside this, they should make your PS4 fan quieter without you having to put in too much effort.

It’s always recommended that you try the more non-invasive steps before opening up the PlayStation 4, such as using a vacuum cleaner. This could be enough to make your PS4 fan quieter without you having to put in too much time or effort.

If you find that none of the above steps work, then there may not be much else you can do without bringing the console to a professional.